Crewman At Steerage Gate (from 1996 Miniseries)

Crewman / Seaman of the Titanic

unknown, most likely died in the sinking

I'd told ya! First Class only!Crewman at steerage gate

The Crewman At Steerage Gate is a character from the 1996 Miniseries Titanic. He was portrayed by Kim Kondrashoff in an uncredited performance.

Worked aboard the Titanic

Little is known about his early life, but he joined the White Star Line and worked on the Titanic as a crewman in his 30s.

Hey! Excuse me. Please, let us through."
"I can't open the gate without orders."
"My god man, I've got to get this woman on a boat! Look at her she's been hurt."
"All right, women and children.Jamie Perse and Crewman at steerage gate

When Titanic sank, he and several other crew members were assigned to maintain order in the third-class area.

He blocked a gate at steerage, trapping passengers downstairs. Jamie drew his attention and asked to open the gate, but the crewman needed orders. Eventually, Jamie convinced him to allow Aase up to the lifeboats, because she was still injured after being raped by Simon. However, once Jamie & Aase were free, the crewman closed the door again and left. Jamie, who couldn't help, promised to come back for the others.

It is not known what happened to him, but most likely died of hypothermia. 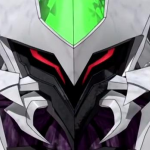 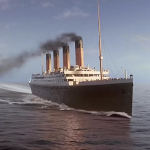