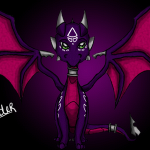 Hey there! My name is Sam, I'm nineteen, and I am a Titanic fanatic. I first joined this wiki the eve of the 100th anniversary of the sinking (probably right around the time it hit the iceberg, 11:40 PM). If you ever need to reach me, just send me a message on my Wall. I am unashamed to say that I have cried at the end of James Cameron's 1997 film Titanic, especially the very end of the film. Not only that, but James Horner's monumental score both amazes, chills, and warms me, especially with the Southampton track (amazes), when the dome breaks and releases the torrent of water into the Grand Staircase (chills), and the ending dream scene (warms).

Retrieved from "https://titanic.fandom.com/wiki/User:Scourge_the_Dark_Claw?oldid=36994"
Community content is available under CC-BY-SA unless otherwise noted.